Ten Most Violent Koran Verses and the Terror They Spawned

Call me a Nazi if you must.

Few of the Syrian refugees are Syrian and few are in Europe to assimilate.

They are there because the Koran explicitly states that Muslims must spread Islam across the world.

If any of these refugees change their mind and feel like coming back, 4:89 makes it very clear what must be done.

Obama’s lack of a coherent foreign policy is likely a factor in Muslim rage, but they’ve been behaving like this off and on for centuries.

Inbreeding doesn’t help things, but the one constant we have with all this Muslim violence is a manifesto explaining exactly what to do (I’m not even including all the Koran offshoots that inspired other acts of violence).

You can have all the strange bedfellows you want, but there is one in particular who can’t wait to strangle you in your sleep.

Wake up or die. 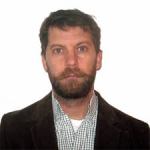 Gavin McInnes gets us all ready for the New Year.

Just for fun, let’s pretend the Old Testament was even worse than the Koran and we were way more barbaric 500 years ago.

How about what Islam is doing today? (When was the last time in recent history we have heard of Christian beheadings ?

The Western world has moved forward since the days of fire and brimstone, but the Middle East is turning backward toward it.

There are a lot of reasons for this, but their handbook is a great place to start. Here are 10 examples of Koran quotes coming to life right now.

This is a great compendium of the reasons why Islam is an existential threat to our civilization.

I recently interviewed Jihad Watch’s Robert Spencer and we went through 10 examples of the Koran being violent.

After the video went live, we got all the common refrains about how the Bible is even worse and the Crusades this and the Old Testament that and Hoseah 13:16 and Psalms 137:9 encourage us to “bash babies against rocks,” etc., etc.

(1) “Fight against those who do not obey Allah and do not believe in Allah or the Last Day and do not forbid what has been forbidden by Allah and His messenger even if they are of the People of the Book until they pay the Jizza with willing submission and feel themselves subdued.” 9:29

This week a woman “of the book” was accused of destroying said book and promptly beaten to death by those who “obey Allah.” Farkhunda Malikzada was a devout student of Islam and had chastised fellow Muslims for trafficking Viagra and condoms. They got out of it by pretending she was burning the Koran and that’s when all hell broke loose. You’d’ve thunk she created a sculpture called Piss Muhammad or made the prophet’s mother out of elephant dung the way they stomped her bloody face into unconsciousness.

(2) “When the sacred months have passed, then kill the Mushrikin wherever you find them. Capture them. Besiege them. Lie in wait for them in each and every ambush but if they repent, and perform the prayers, and give zacat then leave their way free.” 9:5

In 2002, John Muhammad, the Beltway Sniper, lay “in wait” for various Mushrikin and killed at least 17 of them. Calculating the sacred months looks incredibly complicated and I think it’s different for Muharram, Rajab, Dhul Qadah, and blah blah blah so I’m not sure if he committed these acts of terror before or after 2002’s sacred months had passed.
“The Western world has moved forward since the days of fire and brimstone, but the Middle East is turning backward toward it.”

(3) “They ask you about fighting during the sacred months. Tell them, fighting therein is a great sin but a greater sin is to prevent mankind from following the way of Allah, to disbelieve in him.” 2:217

Oh, whoops, turns out the sacred-months thing is bullshit.

So basically the instructions can be boiled down to “Kill the nonbelievers wherever you find them.”

I don’t recall that passage being in the Bible, but if it is, it certainly hasn’t been explicitly stated as a motive for mass murder in a long-ass time.

END_OF_DOCUMENT_TOKEN_TO_BE_REPLACED

"If you put the federal government in charge of the Sahara Desert, in five years there'd be a shortage of sand."~Nobel Laureate in Economics~Milton Friedman Ph.D~

A Healthy Life Made Simple

Where misinformation stops and you are force fed the truth III

I share my thoughts,Political views things I find around the web and on occasion been known to express my religious views

I was born in a country grounded in Christian principles. Not sure what kind of country this is, anymore. The Change is caustic.