A conspiracy theory seems to be a much more pejorative term the the more benign one, “Theory.”

And its roots have been tracked back through the media, the government and back to the Clinton campaign. 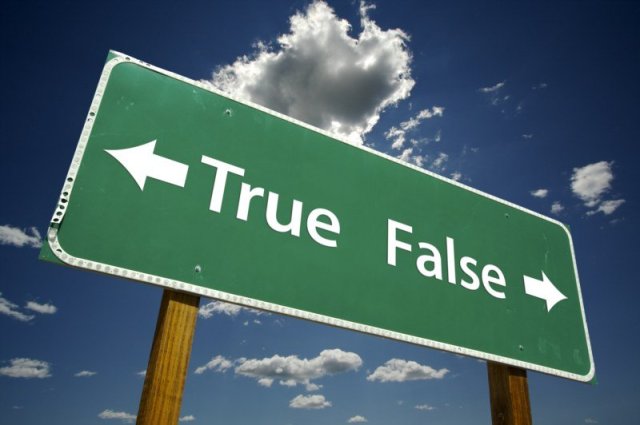 For law enforcement, Congress and even journalists, exposing misdeeds is like peeling an onion. Each layer you remove gets you closer to the truth.

So it is with the scandalous behavior of the FBI during its probe into whether President Trump’s campaign conspired with Russia in 2016.

One layer at a time, we’re learning how flawed and dirty that probe was.

While the Clinton-Steele dossier is a series of bizarre unfounded allegations, alternately described as non-credible or as so secret that the Russians would kill for it by its proponents, the conspiracy to seed it into an investigation and the media is not a theory. (Source)

We know how it happened.

We know how it was done.

We know who paid for it, who the central players were and why they did it.

That’s not a theory.

It’s a conspiracy theory if Trump says it, not if the media does. 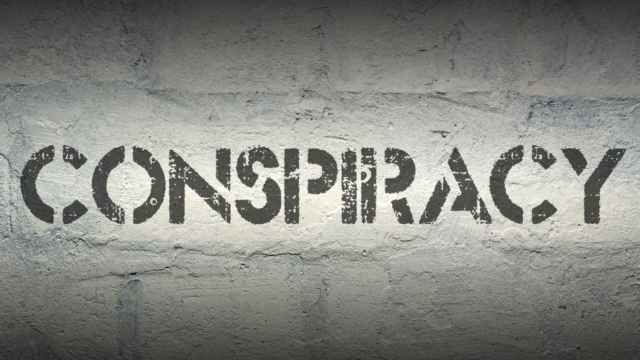 But that could just as easily apply to the New York Times.

The Times is unaware of the sublime hypocrisy of accusing the President of the United States of “sowing widespread suspicions about the government” even as it is doing just that.

The paper of broken record specializes in spreading conspiracy theories claiming that President Trump didn’t actually win the 2016 election but that “nefarious, hidden forces” made it happen.

Its promotion of conspiracy theories about the 2016 election is obviously informed by its “political opportunism.”

But so are most conspiracy theories.

Democrats spread claims that the JFK assassination was a right-wing conspiracy.

That conveniently redirected blame from the Socialist who pulled the trigger and from the Democrats who benefited from it.

9/11 conspiracy theories likewise shift blame away from Muslim terrorists and the Democrats who champion open migration from terror states like theirs.

You don’t need to be a deep thinker to spot the opportunism.

Or the classic nature of the conspiracy theory: an infinitely expanding plot whose gnostic pleasures come from studying the endless roster of conspirators, the promise of a final take down never to be delivered, and the seductive appeal of overturning an unwelcome reality with an appealing lie.

Why don’t conspiracy theories ever prosper? Because if they appear in the New York Times, they aren’t conspiracies.

What is the Timesian definition of a conspiracy theory?

Anything favorable to Trump.

“The Conspiracy Theory That Says Trump Is a Genius,” is the actual title of a Times op-ed.

Please see the entire article below.

Suggesting that the nation’s first billionaire president is a genius is an opinion. Not a conspiracy theory. On the other hand, proposing that the New York Times is biased against Trump is an indisputable fact.

Conspiracy theories, fake news, lies, scandals, corruption and abuses of power are not defined objectively, but along party lines. Timesians are convinced that conspiracies are something that lower class and wrong party people irrationally believe in. Instead truly rational people believe that the 2016 election must be overturned and the winner locked up because of some inchoate string of sentences that begin with Moscow, end with Facebook and take scenic detours through more exotic international locations and random businesses than Anthony Bourdain and a year’s worth of Forbes issues combined.

Successive New York Times stories have spun a web of Trump conspiracies from the Ukraine to Russia, from the United Arab Emirates to Israel. Either Trump is the world’s greatest genius or the New York Times is using crazy conspiracy theories to help sell skin care products to wealthy Manhattanites.

The Times bemoans “baseless stories of secret plots” right before it scoops them up and sells them. The day before that accusation, it ran a story headlined, “Ivanka Trump Wins China Trademarks, Then Her Father Vows to Save ZTE.” The evidence for that secret plot is a string of conjectures and innuendo.

But it’s not just the Russians, it’s also the Chinese. And the Germans. “Big German Bank, Key to Trump’s Finances, Faces New Scrutiny,” is another Times hit piece. As is, “Trump’s Business Ties in the Gulf Raise Questions” which brings in the Saudis. More Timesian conspiracism includes India, Israel and Uruguay.

The New York Times accuses President Trump of eroding trust in our institutions with conspiracy theories. But that’s exactly what the conspiracy theories it’s spreading are meant to do to elections. Spreading paranoia? That’s another conspiracy media special. The Russians are in your Facebook. Your friends are all fake. If your news isn’t certified by our fact checkers, you shouldn’t trust it.

After an election, the old battles are set aside and everyone agrees to work together. Instead we have an endless election because the media spread conspiracy theories to erode trust in those results.

And those conspiracy theories were based on opposition research from the losing campaign.

President Trump didn’t erode trust in institutions, institutions eroded trust in themselves by enlisting in a partisan campaign. The partisan agenda has always been plainly obvious because these investigations inevitably lead back to the Clinton campaign and its political allies. Unlike the media’s conspiracy theories about Trump conspiring with the Russians to win the election by posting ads on Facebook, the collusion between government agencies and the Democrats is an open book. Many of the media’s conspiracy theories about Trump, such as the Clinton-Steele dossier, the conspiracy’s founding text, originated from that collusion between political operatives and government officials.

The dubious part of a conspiracy theory is not the ‘conspiracy’ part, but the ‘theory’ segment.

An actual conspiracy can be proven. A conspiracy theory however is just that. A theory. It never gains factual proofs. Instead it diverts attention from its failure to prove its central claim by expanding its sphere and scope, by personalizing, speculating and persecuting anyone it decides is a useful target.

And then, before you know it, you’ve spent a year blowing through millions of dollars, harassing people, breaking into their homes and accusing them of unrelated matters without ever proving collusion.

But don’t worry. The Mueller investigation is on track. That’s why it has to be classified. Like most conspiracy theories, the juiciest parts have to be kept secret because, well, don’t ask questions.

All will be revealed in time.

While Republican congressional investigations sought to declassify information, Mueller, the DOJ and the FBI have built a wall of secrecy. Every detail of the investigation, especially its origins, have had to be pried out from behind that wall. And those details, especially those involving the Steele dossier and how it made its rounds through the government, are damning, proven and germane to the conspiracy.

Unlike the media’s endless world tour of allegations, international conspiracies and vague insinuations, Spygate remains both specific and focused. And, unlike Russiagate, which has yet to even explain its central conspiracy theory of how the Russians actually rigged the election, the accusation is quite clear.

A conspiracy theory evolves into a conspiracy not through elite influencers, sheer volume of allegations or the creativity of their inventors… but through plausible means, motive and supporting facts.

Russiagate was always a toxic cocktail of pre-election dirty tricks and post-election sour grapes. Its central theory has never been adequately explained or justified because even its proponents are unable to explain just how the election was rigged or why Trump would turn to the Russians, instead of his own wildly successful messaging team, to run Facebook ads. If there’s one thing that everyone ought to be able to agree on, it’s that Trump has never lacked for marketing savvy. Meanwhile the most popular brand of Russian vodka is owned by the Brits and made in Illinois.

Daniel Greenfield, a Shillman Journalism Fellow at the Freedom Center, is an investigative journalist and writer focusing on the radical left and Islamic terrorism.

I am firmly devoted to bringing you the truth and the stories that the mainstream media ignores. This site covers politics with a fiscally conservative, deplores Sharia driven Islam, and uses lots of humor to spiceup your day. Together we can restore our constitutional republic to what the founding fathers envisioned and fight back against the progressive movement. Obama nearly destroyed our country economically, militarily coupled with his racism he set us further on the march to becoming a Socialist State. Now it's up to President Trump to restore America to prominence. Republicans who refuse to go along with most of his agenda RINOs must be forced to walk the plank, they are RINOs and little else. Please subscribe at the top right and pass this along to your friends, Thank's I'm J.C. and I run the circus
View all posts by JCscuba →
This entry was posted in A Conspiracy Theory About a Conspiracy Theory and tagged conservative blognetwork, Conspiracy Theories vs Theories, Jim Campbell's we the people, wordpress.com. Bookmark the permalink.