Democrats Stand Up to Moderate Muslim Extremism: A Win For Our Side?

Senator Chuck Schumer (D-NY) “caved” to the White House by agreeing to end the 3-day government shutdown in exchange for a debate on DACA?

That amounted to exactly what?

Since they are non-essential, why hire them back?

Is he ineffectual, opportunistic, or shrewd?

He will also cave on DACA and the border wall.

Schumer and his ilk need to get a clue.

Should Islam ever pose a serious threat and push forward the goals of the Muslim Brotherhood to have a single a one word religion requiring the rest of the world to bow down to Sharia. (Source)

Who do you think they will be beheading first?

I for one, do not see a remote possibility of this happening in the U.S.

Protecting the Muslim Brotherhood from Muslims. 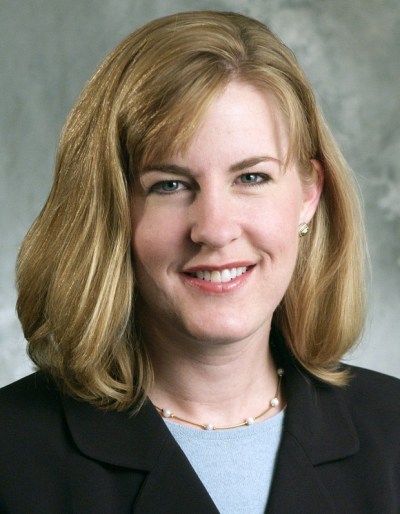 Rep. Melissa Hortman, the Democrat leader of the Minnesota House, took a

stand against Islamic extremism when she sent a letter demanding that Republicans cancel a visit by Muslim activist Raheel Raza because of her ties to “extremist” groups.

Were the Democrats suddenly reevaluating their relationships to Islamic hate groups linked to the Muslim Brotherhood such as CAIR and ISNA?

Raheel Raza, the president of Council for Muslims Facing Tomorrow, is a recipient of the Queen Elizabeth II Diamond Jubilee medal and Toronto’s Constance Hamilton award.

She’s a diversity consultant and interfaith activist who taught a series on “Women in Islam” at Ryerson University.

The “extremist” groups are the Clarion Fund and Act for America which monitor Islamic militancy.

Hortman, who had already been in trouble for a racist remark about her Republican colleagues, had been touted as a possible replacement for disgraced Minnesota politician, Al Franken.

She is a close ally of Somali Muslim refugee, Rep. Ilhan Omar, whose “inspiring life story” was touted by the media.

Less inspiring were the accusations that she is married to two men, one of whom may be her brother.  (Source)

I suppose it could have been worse, she could have married one of her husbands goats.

If this all seems to be very strange, you are not alone.

Chalk it up to Melissa Hortman being just one of many confused Democrats, most of whom can’t tie their shoes.

Rep. Omar has appeared at CAIR events. And unlike the Clarion Fund, CAIR actually is an extremist group. The SPLC has nothing to say about it, but the Justice Department listed CAIR as an unindicted coconspirator in a Hamas terror finance trial. Nihad Awad, one of its co-founders, had declared, “I am in support of the Hamas movement.” The United Arab Emirates lists it as a proscribed organization.

CAIR provided legal aid to the family of Omar Mateen, who massacred 49 people at a gay nightclub in Orlando, the family of the San Bernardino terrorists who shot up a Christmas party at a social services center, and the family of Akayed Ullah, the Times Square suicide bomber. But that’s not extremist.

Rep. Melissa Hortman has no problem with CAIR or Omar. But her logic was inflexible. The Southern Poverty Law Center had listed the Clarion Fund and Act for America as anti-Muslim groups. Raza had worked with them. Therefore, despite being Muslim, she must be anti-Muslim, which meant that she was an anti-Muslim Muslim. Whom are you going to believe, the SPLC or logic, sanity and reason?

Even if you’re a Muslim.

The SPLC wasn’t policing bigotry, but blasphemy. It wasn’t fighting hate, it was enforcing Islamic law. Its measure of what made someone anti-Muslim was whether they violated Islamic Sharia law.

That’s what you would expect to see in Iran, Saudi Arabia or the Muslim Brotherhood’s theocracies. And that’s what the dirty alliance between Democrats and Islamists had brought to the United States.

In her testimony to Congress, Raza had urged listing the Muslim Brotherhood as an “organization that aids and abets terrorism”. And that would seriously affect Brotherhood groups like CAIR and ISNA.

The Muslim Brotherhood front groups have a lock on the Democrats. And so the SPLC and other partisan leftist groups have conveniently defined Islamophobia to mean any opposition to the Brotherhood. Hortman accused Raza of “policing the practice of the Islamic faith”. She didn’t clarify just what that involved. But it was the clearest indication that Hortman was speaking in defense of the Brotherhood.

“Am I anti-Muslim if I call for separation of Mosque and State?” Raza asked on her own blog.

Hortman’s implicit answer was in the affirmative.

But that meant that it was Rep. Hortman who was really policing the practice of Islam. Like ISIS, Hortman and the DFL were playing the takfiri game by accusing Raza of not really being Muslim. If you don’t believe in enforcing Sharia, then you aren’t a Muslim, you’re an anti-Muslim extremist. And if you tweet a Mohammed cartoon, your act of blasphemy marks you as a heretic. Just ask the SPLC.

And, it insists, opposing the mingling of mosque and state is Islamophobic.

“Islam isn’t in America to be equal to any other faith, but to become dominant. The Koran, the Muslim book of scripture, should be the highest authority in America, and Islam the only accepted religion on Earth,” Omar Ahmad, a founder of CAIR, had declared.

Opposing Islamic theocracy is extremist. Tweeting Mohammed, in violation of Sharia, is anti-Muslim. Even if you’re a Muslim. The left began by adopting the Muslim Brotherhood’s definition of Islamophobia to silence non-Muslim critics. And ended by using it to silence Muslim critics.

And that’s exactly the issue. The Democrats and the left have made their dirty deals with those same leaders. They protected them by dismantling counterterrorism efforts. Now they’re protecting them by silencing Muslim critics and enforcing blasphemy codes, even against Muslims, in the United States.

Progressive politicians and groups, who claim to be profoundly suspicious of theocracy, enforce it.

Democrats undermined our national security for partisan political reasons. Thousands of Americans have been killed so that they would have an easier time winning elections in a few key districts.

The Muslim Brotherhood’s front groups give Democrats a very easy way to tap into the political support of Muslim communities. Especially immigrant communities like those of the Somalis in Minnesota. And in exchange, the Democrats enforce the Brotherhood’s mandate over Muslims in America.

And then, eventually, over non-Muslims.

Raheel Raza lives in Canada. Maajid Nawaz lives in the UK. Despite the Muslim Brotherhood’s extensive presence in both countries, it’s possible for Muslims opposed to the Islamist network to be heard.

But it’s almost impossible in America. Hortman’s attempt to stop Raza’s visit shows just how effective the Muslim Brotherhood is at using the Democrats and the left to silence and suppress other Muslims. Conversely, it also means that Muslims in political life in America have to align with the Brotherhood.

And that means collaborating with groups like CAIR and ISNA that have a history of terror ties.

Rep. Hortman’s attack on Raheel Raza is a minor event. But it’s one of the many examples of how the alliance between the Democrats and the Muslim Brotherhood muzzles our ability to discuss Islam. The muzzling has little to do with protecting vulnerable minorities against bigotry. Those are just the talking points that the Hortmans of the left use to censor non-Muslim and Muslim critics of the Brotherhood.

I am firmly devoted to bringing you the truth and the stories that the mainstream media ignores. This site covers politics with a fiscally conservative, deplores Sharia driven Islam, and uses lots of humor to spiceup your day. Together we can restore our constitutional republic to what the founding fathers envisioned and fight back against the progressive movement. Obama nearly destroyed our country economically, militarily coupled with his racism he set us further on the march to becoming a Socialist State. Now it's up to President Trump to restore America to prominence. Republicans who refuse to go along with most of his agenda RINOs must be forced to walk the plank, they are RINOs and little else. Please subscribe at the top right and pass this along to your friends, Thank's I'm J.C. and I run the circus
View all posts by JCscuba →
This entry was posted in Democrats Stand Up to Moderate Muslim Extremism: A Win For Our Side? and tagged by Jim Campbell, CAIR, Consevative blognetwork, Hamas, Muslimbotherhood, Raheel Raza, Rep. Ilhan Omar, Rep. Melissa Hortman, the Democrat leader of the Minnesota House of Representatives.m Muslim BrotherHood, wordpress.com. Bookmark the permalink.

2 Responses to Democrats Stand Up to Moderate Muslim Extremism: A Win For Our Side?