It’s time for the weasels in D.C. to get off this non-issue and get back to doing what their employers THE AMERICAN PEOPLE have elected them to do.

The “special counsel” has strayed far afield from his mandate and needs to be reined in and reminded exactly what he’s supposed to be investigating and if he can’t do that then fire him.

He also should be made to account for the politicization of his staff by filling it with Clinton lawyers and liberal Democrat hacks.

Mr. Mueller’s investigation has been widely interpreted as partisan from the start.

Mr. Trump’s opponents instantaneously started talking of impeachment—never mind that a special counsel, unlike an independent counsel, has no authority to release a report to Congress or the public.

I’m fed up and want our government to get on with running the country and not continually conducting a partisan investigation on either side.

D.C. and the Federal Government has become a vast criminal enterprise continually raping the U.S. Treasury.

Only a thorough house cleaning will fix any of this.

By David B. Rivkin Jr. and Lee A. Casey

The Trump presidency has been consumed by Special Counsel Robert Mueller’s efforts to uncover collusion between the Trump campaign and Moscow.

Mr. Mueller  has secured one or more indictment that of Paul Manafort that he announded Monday.

Some Republicans now seek a new special counsel to investigate if the Clinton Campaign “colluded” with Russians to smear Candidate Trump, along with other aspects of the Clintons’ relationship with Russia and Russian nationals.

But one special counsel already is one too many. 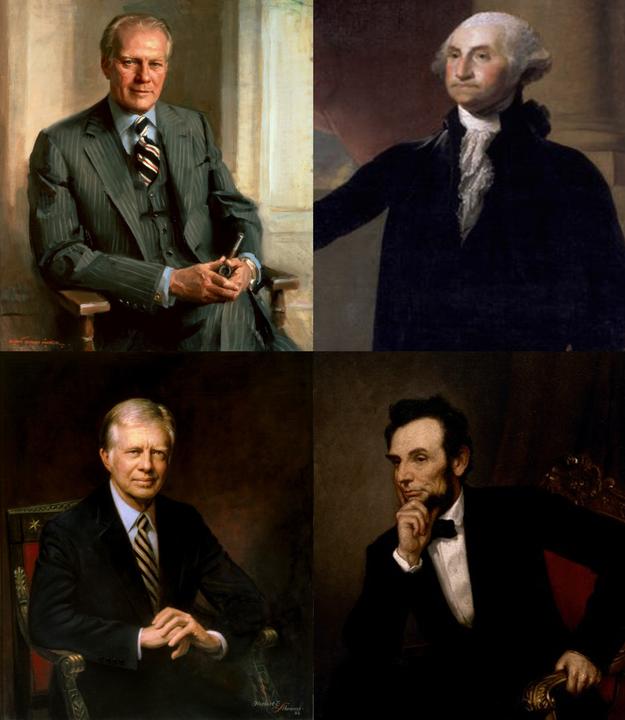 During the 1980s and ’90s, American politics was repeatedly distorted, and lives devastated, through the appointment of independent counsels under the post-Watergate Ethics in Government Act.

These constitutionally anomalous prosecutors were given unlimited time and resources to investigate officials, including President Clinton, and scandals, such as Iran-Contra.

Once appointed, almost all independent counsels built little Justice Departments of their own and set out to find something—anything—to prosecute.

Hardly anyone lamented the end of this pernicious law in 1999.

But special counsels, appointed by the attorney general and in theory subject to Justice Department oversight, haven’t proved any better in practice.

Mr. Mueller’s investigation has already morphed into an open-ended inquiry.

It is examining issues, like Donald Trump’s private business transactions, that are far removed from the Russian question.

It also has expanded its focus beyond the original question of collusion with the Russians to whether anyone involved in the Russia investigation has committed some related offense.

That is clear from investigators’ efforts to interview White House aides who were not involved in the 2016 campaign, and from leaks suggesting that Mr. Trump’s firing of FBI Director James Comey might have “obstructed” justice.

That claim is frivolous, and it damages America’s constitutional fabric even to consider it.

A president cannot obstruct justice through the exercise of his constitutional and discretionary authority over executive-branch officials like Mr. Comey.

If a president can be held to account for “obstruction of justice” by ending an investigation or firing a prosecutor or law-enforcement official, an authority the constitution vests in him as chief executive, then one of the presidency’s most formidable powers is transferred from an elected, accountable official to unelected, unaccountable bureaucrats and judges.

Mr. Trump’s supporters count the number of Democratic donors on the special-counsel staff. The Mueller investigation is fostering tremendous bitterness among Trump voters, who see it as an effort by Washington mandarins to nullify their votes.

Mr. Trump can end this madness by immediately issuing a blanket presidential pardon to anyone involved in supposed collusion with Russia or Russians during the 2016 presidential campaign, to anyone involved with Russian acquisition of an American uranium company during the Obama administration, and to anyone for any offense that has been investigated by Mr. Mueller’s office. Political weaponization of criminal law should give way to a politically accountable democratic process. Nefarious Russian activities, including possible interference in U.S. elections, can and should be investigated by Congress.

Partisan bitterness will not evaporate if lawmakers take up the investigation. But at least those conducting the inquiry will be legitimate and politically accountable. And the question of whether Russia intervened in the 2016 election, and of whether it made efforts to influence U.S. policy makers in previous administrations, is first and foremost one of policy and national security, not criminal law.

The president himself would be covered by the blanket pardon we recommend, but the pardon power does not extend to impeachment. If Congress finds evidence that he was somehow involved in collusion with Russia, the House can determine whether to begin impeachment proceedings. Congress also is better equipped, as part of its oversight role, to determine whether and how the FBI, Justice Department and intelligence agencies might have been involved in the whole affair, including possible misuse of surveillance and mishandling of criminal investigations.

There is ample precedent for using the presidential pardon authority to address matters of political importance. Certainly it is what the framers expected. As Alexander Hamilton explained in Federalist 69, the pardon power was to “resemble . . . that of the king of Great Britain.” In Federalist 74, he observed that “there are often critical moments, when a well-timed offer of pardon to . . . insurgents or rebels may restore the tranquility of the commonwealth.”

Securing harmony in the body politic was President Washington’s motivation when he offered amnesty to participants in the Whiskey Rebellion in the 1790s, and it was President Lincoln’s motivation when he issued an amnesty during the Civil War for Confederates who would return their allegiance to the Union. Similar reasons motivated President Ford to pardon Richard Nixon, and President Carter when he offered amnesty to Vietnam-era draft evaders.

Lincoln’s proclamation of Dec. 8, 1863, is an excellent model of a broadly drafted and complete amnesty: “I . . . do proclaim, declare and make known to all persons who have directly or by implication participated in the existing rebellion, except as hereinafter excepted, that a full pardon is granted to them . . . upon condition that every such person shall take and subscribe an oath” of loyalty to the U.S. A similar pardon can be issued with respect to the Russian affair, ending the criminal investigations and leaving the business to Congress.

Permitting the criminal law again to become a regular weapon in politics is more destructive of democratic government than ham-handed efforts by a foreign power to embarrass one or more presidential candidates. It is true that Washington’s Augean stables need periodic cleaning, but it is Congress that should wield the shovels.

They served in the White House Counsel’s office and Justice Department in the Reagan and George H.W. Bush administrations.

I am firmly devoted to bringing you the truth and the stories that the mainstream media ignores. This site covers politics with a fiscally conservative, deplores Sharia driven Islam, and uses lots of humor to spiceup your day. Together we can restore our constitutional republic to what the founding fathers envisioned and fight back against the progressive movement. Obama nearly destroyed our country economically, militarily coupled with his racism he set us further on the march to becoming a Socialist State. Now it's up to President Trump to restore America to prominence. Republicans who refuse to go along with most of his agenda RINOs must be forced to walk the plank, they are RINOs and little else. Please subscribe at the top right and pass this along to your friends, Thank's I'm J.C. and I run the circus
View all posts by JCscuba →
This entry was posted in How Trump can shut down the special counsel probe and leave the Russia investigations to Congress and tagged conservative blognetwork, Democrats immediately called for impeachment with no facts, JIMCAMPBELL'SWETHEPEOPLE, leftist media added fule to the fire, Mueller's team of lawers filled with Democrats and Partisan Hacks, wordpress.com. Bookmark the permalink.

In The News Feed.

Your trusted source for today's News. Covering what the Mainstream Media doesn't. US News, World News, Politics and Commentary.