If the information in the article below is true as laid out by anonymous FBI agents.

This is not just a Hillary Clinton issue but the entire federal government involvement’s in crimes unimaginable  to those who still believe in our government.

These crimes will blow the lid off of our current government as we know it.

Perhaps it’s time to bring down the entire government and start over.

What have Republican’s leadership in both the House of Represented yielded?

Exactly nothing and that is an additional excellent reason to bring the entire country down.

***This must be accomplished with the wisdom of our Founding Fathers and not attempted until those who believe in a Constitutionally driven Republic are ready to take charge.***

Hillary Clinton is as far away from the Founding Fathers vision of a Constitutionally driven as anyone with the exception of Obama.

She is not fit to serve in any capacity, may she spend the rest of her life in prison.

“There is enough for her and the entire government to be brought down”, stated an FBI source.

“My opinion is the entire government is guilty of treason.

If leaking data en mass destroys my country, we betray the country.

If we do nothing we betray the country”

The FBI source posted this information, on a deep anonymous website, over a time before the FBI’s decision to nix recommending an indictment to the DOJ.

To date, all of the events that have transpired have been validating what this FBI source revealed in the blog postings.

All of these anonymous FBI source postings have been removed and are unavailable in access or viewing.

A copy of these postings have been captured and saved from the anonymous blog website.

The most disturbing part of the FBI analyst’s insider’s knowledge, is the implications of the widespread corruption that could be revealed to Americans in future email leaks.

The FBI source stated that it is so egregious that it could spark a civil war within the U.S. and bring down the U.S. government.

To date, since the original FBI source’s postings, all of the recent and ongoing series of email leaks have been prophetic to what the FBI source had posted.

With that, it should be important for Americans to be cognizant of this information so they may decide and see through any actions that are unfolding.

Given the severity of the FBI source statements, the implications are such that it would not be surprising for those stated at “the highest levels in the government” and “those participating in such activity” may try to obscure the real truth from reaching the American public.

Such is the degree of shock from the FBI source statements, it would not be surprising to see new “investigations”, purportedly in seeking answers, that may be “canards” to avert the public’s interest or to avert the full truth from being revealed. 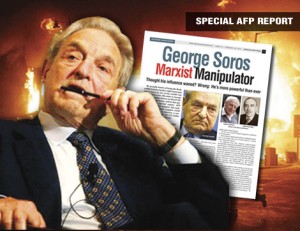 George Soros was implicated by the FBI source as being a linchpin to the purported widespread corruption.
Indeed, just a few days ago, 2,500+ documents from Soros’ group email servers were leaked via Wikileaks and DCLeaks.

News stories from the content of the Soros documents are beginning to substantiate the FBI source’s statements.

Given this, the postings of key statements from this FBI source are provided below for reader’s discernment.

May our Heavenly Father guide this nation in wisdom in these times.

— Selected FBI source anonymous postings, not all are listed, (from anonymous website 4 chan – captured before deletion on website):

FBI post 1- “There is enough for her and the entire government to be brought down.

People do not realize how enormous this whole situation actually is.

Whether she will be or not depends on how much info about others involved gets out, and there are a lot of people involved.”

FBI post 2- “She had SAP level programs on her server, which if made public, would literally cause an uprising and possibly foreign declarations of war.”

Many layers of protective access, such as isolated physical locations and several layers of security are used to protect such highly classified information. Commonly, only need-to-know access is granted to a select few.]

FBI post 3- “The real point of interest is the Clinton Foundation, not the e-mail server.

We received the server from Benghazi, then from the server we found data on the CF.
Then we realized the situation is much worse than previously thought.”
[NOTE:  FBI expanded to close to 150 agents in the height of the investigation]FBI post 4-  “My opinion is the entire government is guilty of treason, which is why HRC’s [blank] would not cease the investigation or prevent further scandals.

Many, many people are involved.”

FBI post 5-  “If we recommend, we literally hand over documentation implying the entire government is involved in treason at the highest levels and everyone is about to duck and cover, as well as some sensitive details of SAPs which would obliterate national security.”

You have three choices, A) turn over all of the information to the DOJ, make public a recommendation, the truth comes out, the entire world realizes how much the US is meddling in foreign affairs and we go to war, the civilian population realizes how much foreign money influences our government, and a civil war begins…”

FBI post 7-  “The problem is with the entire government. HRC is one component of that government.”

FBI post 8-  “All I can tell you about the SAPs is HRC had them, and she did not have proper authority to have any of them.

They were leaked to her by someone, and she did sell them to overseas donors. Possessing them alone makes her guilty of treason.”

If we do nothing, we betray the country.
I am not disagreeing with you.

I am saying the situation is more complicated when you are inside, and you do not have the breadth of info that I have that would make your eyes fall out of your skull if you knew what all was going on.”

FBI post 11-  “Soros funds, instructs, and influences every layer of US government. right down to the tax code.”

FBI post 12 Q/A-  “>What if you, you personally, leaked all the documents to the darkweb or some other online outlet. What would happen?

Silencing and/or death. Some places are trying to leak but we censor them too fast.”FBI post 13 Q/A – “>Would the countries that would be named in the documentation declare war if there was a large change in government?
No, they would declare war because all of our secret operations in their countries would be exposed.”

FBI post 15 Q/A – “>In regards to the Clinton Foundation, what would happen if all of this information ended up being released to the general public?

I said in the last thread, total chaos.

The government would be exposed at every layer, who pays who, who buys what, and no one has yet asked about the human trafficking bits I have been laying out.”

FBI post 16 – “The FBI is facing the entire federal government in this case.

It is why we are so quiet.”

FBI post 17 – “I do not want to post any information about me or where I am, because if any hint got out that I posted anything,

I would be fired and blacklisted. Possibly killed.”

They get paid in children as well as money.
Dig deep and you can find it. It will sicken you.”

I am firmly devoted to bringing you the truth and the stories that the mainstream media ignores. This site covers politics with a fiscally conservative, deplores Sharia driven Islam, and uses lots of humor to spiceup your day. Together we can restore our constitutional republic to what the founding fathers envisioned and fight back against the progressive movement. Obama nearly destroyed our country economically, militarily coupled with his racism he set us further on the march to becoming a Socialist State. Now it's up to President Trump to restore America to prominence. Republicans who refuse to go along with most of his agenda RINOs must be forced to walk the plank, they are RINOs and little else. Please subscribe at the top right and pass this along to your friends, Thank's I'm J.C. and I run the circus
View all posts by JCscuba →
This entry was posted in FBI Agents: Clinton Foundation Scandal & Soros Could Bring Entire Government Down and tagged Bring the entire government down, Clinton Foundation, conservative blognetwork, emails, FBI, FBI agents say it is filled with unimmaginable corruption, JimCampbell'sWethPeople, Keywords: Clinton, Politics & Policy, Soros, wordpress.com, WORDPRESS.COM JIMCAMPBELL'SWETHEPEOPLE. Bookmark the permalink.